What is country two step? Country two step is a partner dance with a leader and a follower involving walks and spins to the timing of quick, quick, slow, slow, typically danced to fast country western music. This dance follows the line of dance, which travels in a counter clockwise circle around the room.

What other names is country two step know by?

Country two step is sometimes referred to as progressive two step, country-western two step, Texas two step, which are all the same dance. There are different stylings for the dance depending upon whether is it performed in a competition or danced socially in a bar or local dance studio.

Competition two step dancing is stylized with arm styling, “picture lines” or poses, and emphasizes a slight hold on the second slow beat. Check out this youtube video for a great example of country two step danced at the UCWDC Worlds competition. Notice the costuming with rhinestones, and boots and hat, which are mandatory for competitors. The video below will show you some competitive 2-step. If you want to learn more about it’s history… we love this video – basic two step history.

Social dancing is much more relaxed. Great attention needs to be given to floor crafting when dancing two step in a crowded country bar with people who have been drinking alcohol. Turns and spins can be tricky in a country western bar with lots of dark lighting and flashing lights. For helps with turns and spotting, check out our page on spins and turns for country two step.

What is the history of country two step?

This is a fun video I did with dance historian Forrest Outman. We walk through the influence of Hustle, Foxtrot and John Travolta on the increase of popularity ot country two step. It’s a fun entertaining video with some video footage of 2 step through the years. It even includes some footage of Megan and I dancing. 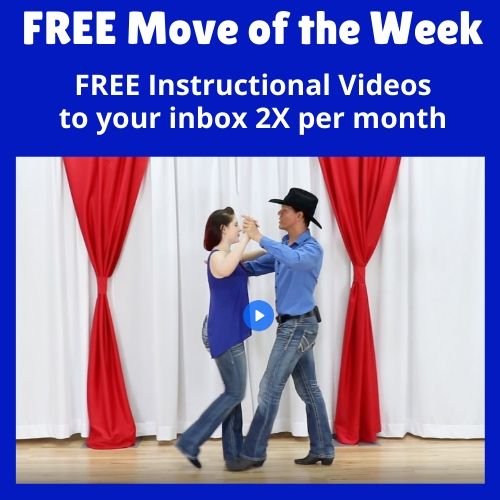 Get our FREE
Move of the Week Videos

Sent 2X per month to your inbox for FREE!
Shared with ❤️by Brian B & Ms Megan

Powered by Convert Plus 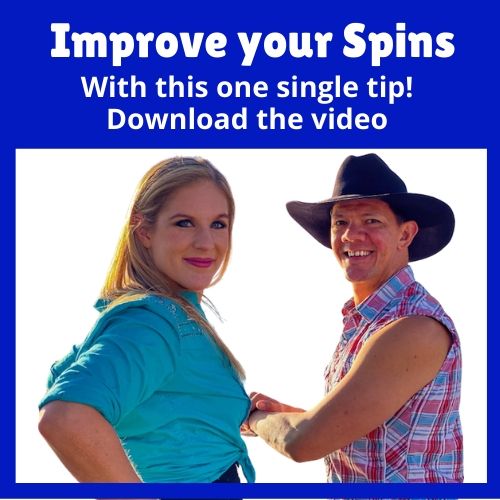 Improve your turns
with this one drill 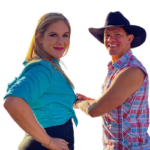 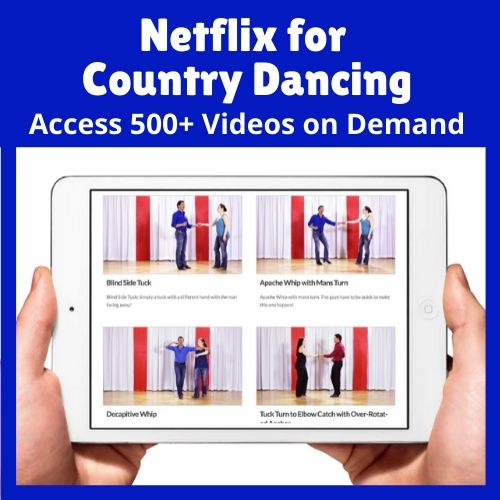 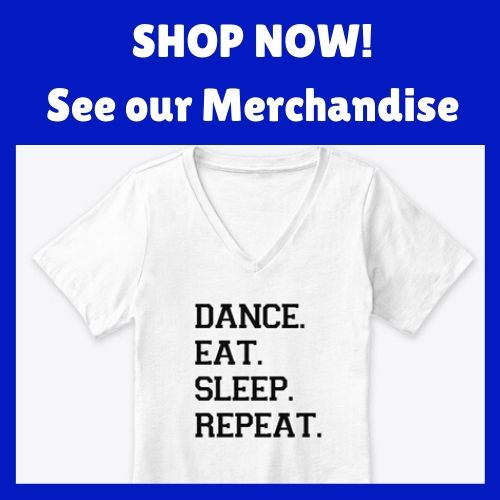 Improve your turns
with this one drill

Get our FREE
Move of the Week Videos

Sent 2X per month to your inbox for FREE!
Shared with ❤️by Brian B & Ms Megan

Powered by Convert Plus
Lean the Basics of 2-Step with this FREE video!
Enter your email - I'll send you the video
Made with ❤️by country dance online

Powered by Convert Plus
The Ultimate 2-Step Song List
Our best list of 50+ songs!
Enter your email - I'll send you the PDF List
Made with ❤️by country dance online

Powered by Convert Plus